Rachael serves as a ministry intern 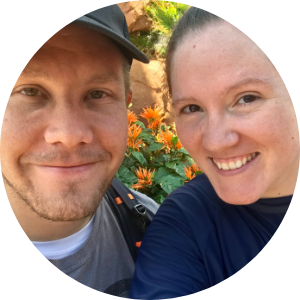 Rachael is a graduate of the University of West Florida (International Studies and Mathematics) and is currently a theology student at the Reformed Theological Seminary (Master of Divinity).

At UWF, through serving in various college ministry roles, she met her husband Ville who was an exchange student from Finland. She also became an exchange student and moved to Taiwan (2010–2011). While there, she helped local church efforts with summer family ministries and outreaches to the aboriginal peoples. Once back at UWF, she co-founded an international student ministry which strived to be a supportive home away from home and be a safe space for exploring life’s biggest questions through a Christian perspective. In 2013, she handed this ministry over to its current leadership, graduated from UWF, and moved back home.

After nearly 3 years of long-distance relationship, she and Ville married and moved to Gainesville, Florida. In Gainesville, Rachael and Ville served in various roles at their local church. Rachael also served in International Friendship, which is a ministry that teaches English through the Bible. In 2015, they studied the past and current state of the global church through the Perspectives on World Christian Movement course, and then served in leadership positions for that course for the following couple years. After responding to God’s call on their lives to serve as missionaries, they joined Pioneers Missions Agency and moved to Orlando in 2019.

Rachael and Ville are now students at RTS, getting equipped for long-term missions in Japan. They hope to work alongside the local Japanese churches which desire help with their church planting efforts. They also have a heart for those who struggle with trauma, isolation, depression, and suicidal thoughts, and are trying to prepare for how to intentionally love and serve that population.

Rachael enjoys painting, board games, being in nature, hanging out with friends and family (especially her sister Amber), cooking vegan recipes from around the world, and going on camping and trekking adventures. She also loves being a cat-mom to 2 fluffy monsters named Aurora and Luna.